Orbital Insight is a geospatial analytics company leveraging the rapidly growing availability of satellite, unmanned aerial vehicle, and other geospatial data sources. The company’s goal is to understand and characterize socioeconomic trends at global, regional, and hyperlocal scales.

Orbital Insight approached us in 2015, before its Series A, for help raising brand awareness and generating leads. To make geospatial analytics more accessible, we needed to tap into the novelty of data from space, while also drawing attention to how that data could provide insights into a wide range of global trends.

Thanks to the CEO and founder’s past experience at NASA and Google, Orbital was in a prime position to provide thought leadership around AI and macroscopic data. And as the only company probing through petabytes of space data for business insights, Orbital was operating at the center of three major trends: the commercialization of space, the coming-of-age of AI, and advancements in cloud computing.

We focused our efforts on inserting Orbital into conversations about these trends via reactive pitches to timely topics. Orbital’s unique data and insights on trending news stories quickly propelled the company past its competitors to become a media darling, with appearances in the New York Times, Reuters, Forbes, and CNBC’s Squawk Box.

We identified and targeted the publications that generated the highest value business leads—for example, an article in Bloomberg Businessweek generated more than 100 qualified leads—which Orbital then used to inform its product roadmap.

When Amazon announced its intended acquisition of Whole Foods in 2017, we pitched out Orbital’s data around traffic trends. By tracking the amounts of cars in parking lots over time, we were able to compare the traffic in Whole Foods parking lots to that of its rivals. This resulted in several top-tier mentions in CNBC, Reuters, Fortune, and MarketWatch, to name a few, that raised the company’s profile, despite the fact that the original story was not related to Orbital Insight at all.

Through its energy product offering, Orbital Insight provides a view of oil storage around the world. In order to create buzz around the regional availability of this product, we spearheaded the announcements with data insights—twice. China Oil launched first, and Orbital used its data to shed light on China’s previously unknown storage capacity for crude oil. The news resulted in hits in top-tier publications like Newsweek, the Washington Post, and Bloomberg.

A year later, Orbital announced the global availability of its energy product and we decided to take a similar approach: we gave the Financial Times, an outlet with global market reach, an exclusive look at data on Saudi Arabia’s oil storages. The data Orbital collected and publicized for the energy product announcements has garnered almost 40 pieces of coverage across business and trade publications.

Additionally, by offering Orbital’s CEO to news publications as an expert on geospatial analysis of global trends, such as oil stockpiles and the demise of malls, we secured regular mentions in print (Popular Science, Bloomberg Businessweek), broadcast (CNBC, Bloomberg, Equities) and online (MIT Technology Review) outlets. A byline we worked on for Fast Company even caught the attention of former astronaut Buzz Aldrin, who reached out to Orbital with praise.

“Orbital Insight, in Palo Alto, Calif., is one of the first companies to build a business around cube satellite data. Sitting in Orbital’s offices on a recent afternoon, James Crawford, the company’s founder and chief executive, who goes by Jimi, opened his laptop and pulled up a report on three big-name retailers: J. C. Penney, Macy’s and Sears.”

“While it’s not a new feat to track the Earth’s water levels, Orbital Insight is approaching the task with a specially trained neural network that labels water pixel by pixel. The team manually sorted through thousands of images to find examples with clearly and accurately marked water, and then trained the neural network with them. 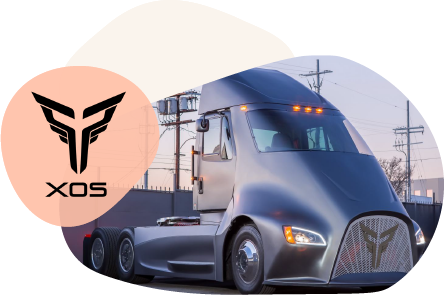 0
We use cookies to optimize our website and our service.
Manage options Manage services Manage vendors Read more about these purposes
View preferences
{title} {title} {title}